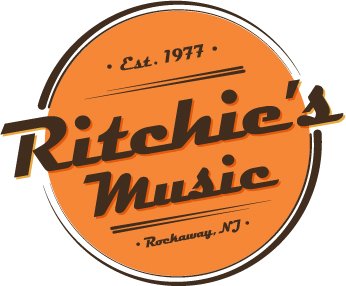 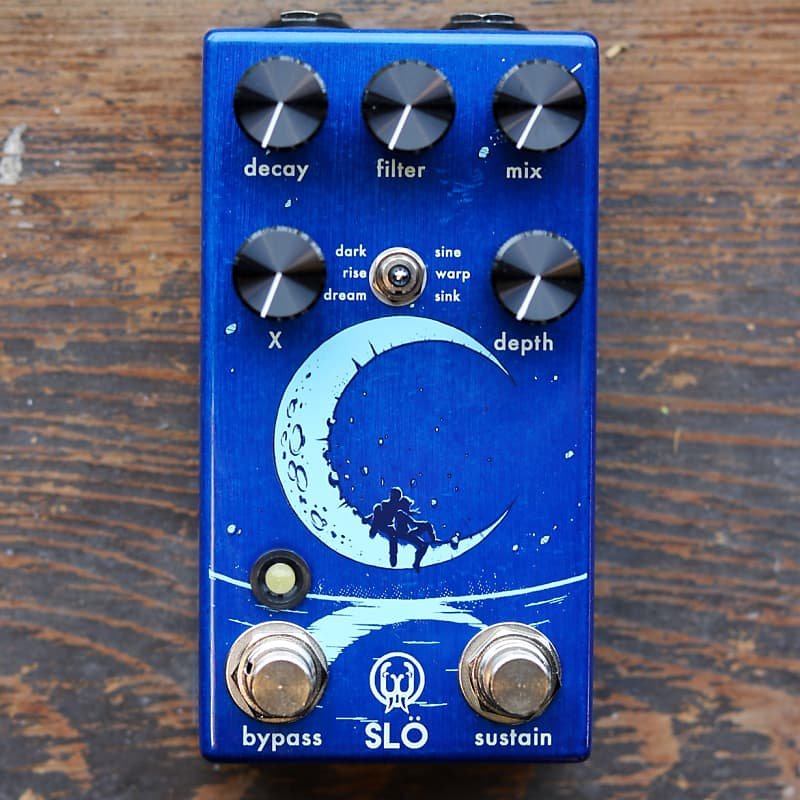 RISE – This is an auto-swell reverb for beautiful cinematic swells. Don't rush it. Let it breathe and gently wake up. X knob sets the amount of time it takes the reverb to swell in after a note is played. Set lower for shorter rise times and higher for longer rise times.

DREAM – Here is a lush reverb with a latching pad function. Press the sustain switch to latch signal. Experiment with the X knob to add vibrato over the pad. Press sustain again and pad will decrescendo according to where decay knob is set. X knob sets the depth of vibrato applied to the reverb trail.

SINE – Smooth and even pitch up and down modulation.

WARP – Asymmetric pitch up modulation similar to a warped record.

SINK – Asymmetric pitch down modulation for sinking detune similar to a Bigsby.

Bypass: When the switch is in off position, press and hold to temporarily activate the effect to add a moment of reverb texture. Releasing the switch turns the effect off, and fades it out.

Ritchie's Music Center, now located in the center of downtown Rockaway, has been in business for over 40 years proudly serving the musical needs of the New Jersey/New York metropolitan area. We carry and service a full line of musical instruments, and our teachers provide professional instruction in guitar, bass, piano, percussion, voice, etc.